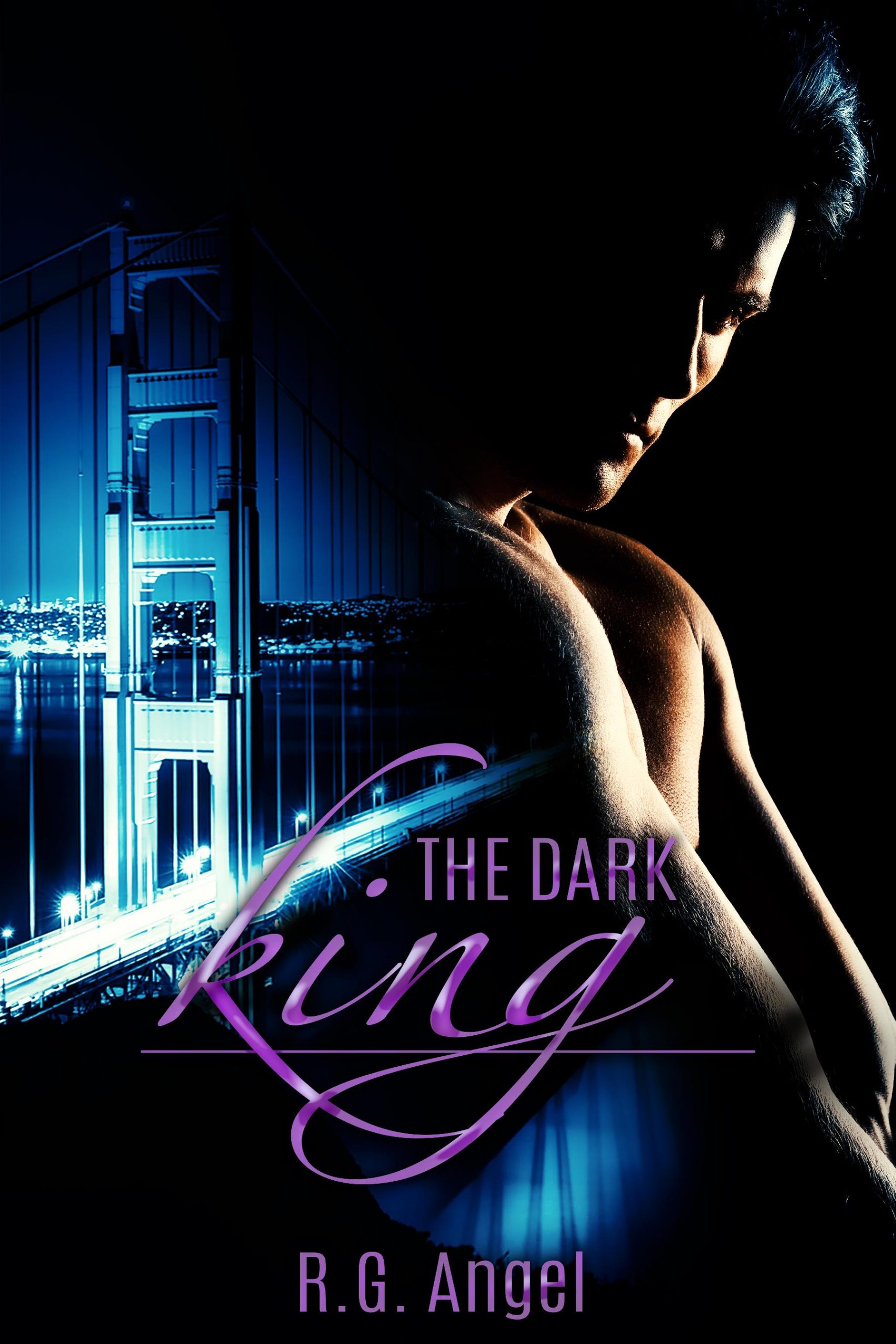 Desperation is a funny thing; it tends to make you do things you never would have expected.

Things like walking into Carter King’s office—Carter King, the cold-hearted millionaire and my former high school bully—begging him to help me protect my dying father.

I should have known better than to expect kindness from a man nicknamed Sin. He is willing to help on one condition—owning me for twelve months to do his bidding. No questions asked.

Normally I would have told him to shove it, but I’m cornered and out of options…
I’m Nazalie Mitchell and I agreed to be Carter King’s willing slave.

Originally part of an anthology. This version is extended and re-edited
The Dark King is a prequel of my upcoming Mafia Series – It introduces Gianluca Montanari as a secondary character. Gianluca is the main character of Broken Prince coming in 2021 .

It was all a mistake. I realized that now, standing in front of Carter King’s desk. His emotionless, cobalt-blue eyes locked on to me. His lips pursed. His big hands lay flat on the desk. He was obviously more than annoyed by my presence in his office and who could blame him.

Physically, Carter King, aka ‘Sin,’ had always been imposing. At six four,’ he had the body of a linebacker. With olive skin, wavy hair so black it looked blue at times, a powerful jaw that seemed chiseled from marble, and full lips, he was so gorgeous it was ridiculous. He looked like one of the cover models on the dark romance novels I shamefully enjoyed so much, except without the photoshop. He was just that beautiful. He had been a force to reckon with even in high school, walking the corridors as if he’d owned the place. In so many ways he had.

I’d thought Carter was a force of nature back then, but now, almost ten years later, I realized that he hadn’t even been close to his full potential. Now he was downright terrifying. And he hadn’t even uttered a word yet.

God, Nazalie. You’ve made the wrong move, girl. I sighed. Desperation was a funny thing; it made you do things against your better instincts.

“Having an internal debate?” he asked flatly as he leaned back in his leather chair. “Since you barged into my office uninvited, I would really like to know what’s going on in that demented head of yours.”

Demented? I frowned. “I’m not demented.”

He cocked an eyebrow, a mocking half-grin settling on his face. “You’ve been harassing my team and secretary for the past few days, then you pull a Houdini past security to stand in the middle of my office, fidgeting like a fish out of water. Your sanity, girl, needs to be questioned.”

“I tried to contact you about my father, but you ignored me.”

He leaned forward and placed his elbows on the desk. Linking his fingers together, his head hovered over them. “You’ve got five minutes. Use them wisely.”

I realized then that he had no idea who I was. We’d gone to the same high school for three years. He’d spent a lot of that time belittling me and the other kids that had been there on scholarships. Though, I guess, it wasn’t really surprising that he didn’t recognize me. Why would he remember the chubby girl with thick-rimmed glasses and a retainer that had stayed around way too long? The girl who had pretty much been a volunteer for every cause around school and had always earned an eye roll whenever she’d tried to raise awareness.

“My father is a patient at Willows Care Home. I can’t— My place is not safe for him.” I grimaced at the thought of my top-floor box studio apartment, which strangely smelled like cat pee even though I didn’t own a cat. Although there was some black mold growing around that lone single-glass window… Shaking my head, I added, “They’re about to kick him out because I’m a bit late on payments. Please, I—”

“And this is my problem because…?” He trailed off, his face just as impassive as it’d been in school.

“Because he is a sick old man who needs care,” I growled. “Because he’s worked his entire life at the tire factory and lost everything, including his retirement when King Holdings did a hostile takeover when they replaced the factory with condos. King Holdings is the majority shareholder in the Willows Care Home; this is the right thing to do and—”

“The right thing to do?” he asked, his tone mocking. “I believe you’re mistaking me for a charity, little girl—”

“Nazalie,” I interrupted him. ‘Little girl’ aggravated me. I knew I looked young, but I was his age.

“What?” he asked, frowning with obvious displeasure. He was not a man that took kindly to being interrupted.

“Nazalie…” He cocked his head to the side, detailing me with his eerie eyes. He was really looking at me now and I didn’t like that. “You went to Fordham High, didn’t you?”

His aggressive pose relaxed slightly as he leaned back in his chair. “You’re the goody two-shoes charity case.”

He waved his hand dismissively. “Same difference. Why should I help you?”

“Kindness.” He laughed like I’d just said the funniest thing he’d ever heard. “As I said before, I’m not a charity. I’m a businessman. I don’t grant favors unless I’ve got something to gain. What are you offering?”

“I have three jobs right now. My time is…” I chuckled. “I have no time. But I could quit one of my jobs and”—I shrugged—“I don’t know, work for you?”

“In exchange for what? Letting your father stay at Willows?”

He sighed, tapping his forefinger against the desk in an almost hypnotic beat. “Come back tomorrow.”

I shook my head, certain he was just discarding me. “No, I—”

He slammed his hand on his desk, stopping me in my tracks. “I said tomorrow!”

When he stood up, I realized my memory hadn’t rendered him justice. He was not only imposing, he was downright terrifying.

“I could pick up the phone and have you thrown out within five seconds. Hell, you’re so tiny, I could pick you up with one hand and throw you out myself.”

I took a step back instinctively, but my fear didn’t stop my surprise. I was short, sure. I barely grazed five two, but I’d never been called tiny before. No, my clothes had been in the double digits since I’d hit puberty. I was strongly on the ‘curvy’ side of the scale. My figure was not something that bothered me. I had wonderful times. I had gentle boyfriends who loved me exactly how I was, but ‘tiny’ was simply not an adjective people usually used to describe me. Although, I guessed that everything was tiny for this mountain of a man.

I met his eyes, trying to hold them despite the terrifying scowl.

I nodded, too eager to escape the confines of his office and his overwhelming presence.

“Good.” He took a step back, getting out of my space and allowing me to relax ever so slightly. I let out the breath I’d been holding.

“Tomorrow, ten o’clock. Don’t be late.” The finality in his voice showed he was done with me for today.

I nodded again. It truly seemed that his outburst of exasperation had taken away my ability to speak. I wasn’t used to bullies anymore.

I turned around to leave but then stopped. Tomorrow morning was my waitressing job at the coffee shop. The tips there were always decent on busy mornings. I turned back around.

“A job worth more than a stay at Willows?”

That was a stupid question. I could barely pay the Willows’ monthly fees with three jobs, so no, clearly not.

He must have seen that on my face because he nodded sharply. “Ten tomorrow.”

What have I done?